I produced an interesting short film this year, something different from what I have worked on before. Man is Beast is a Mandarin Chinese language short film which follows the story of two underground fighters, Sai Hu and Hei Xiong whilst they prepare for their upcoming fight. An action film with a real twist to it!
Written and Directed by Cai O'leary. I got to work with a fab team and deal with challenged I had not yet come across so it was very interesting. I was also 1st AD on this shoot so had a lot to deal with in that and producing it, I'm just glad I am an organised person. 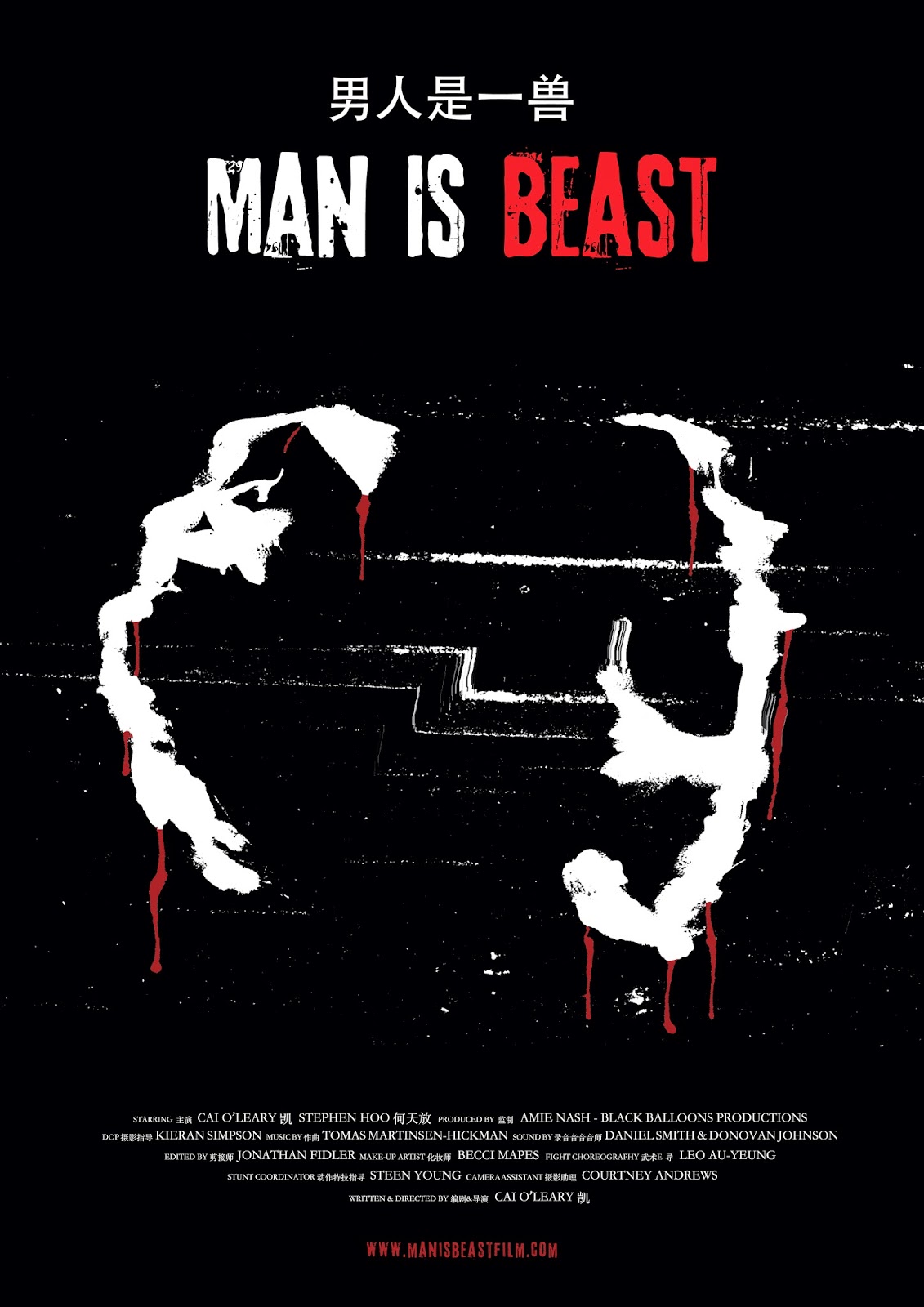 We are very happy with how this short turned out, check it out and let me know what you think?

Man is beast is a Mandarin Chinese language short film which follows the story of two Underground fighters, Sai Hu and Hei Xiong, whilst they prepare for their upcoming fight. Both fighters seem immune to the perils and dangers of the world that they are competing in. In mocumentary style we go into their houses and witness their day to day lives, training regimes and what drives then to do what they do. We flit between light hearted interviews and the fast paced gritty fight itself, which takes place two days later and emphasises the brutality of the 'sport'. This is life or death!

Man is Beast is an action film with a twist, a true original!

And here are some screen shot taken from the film: 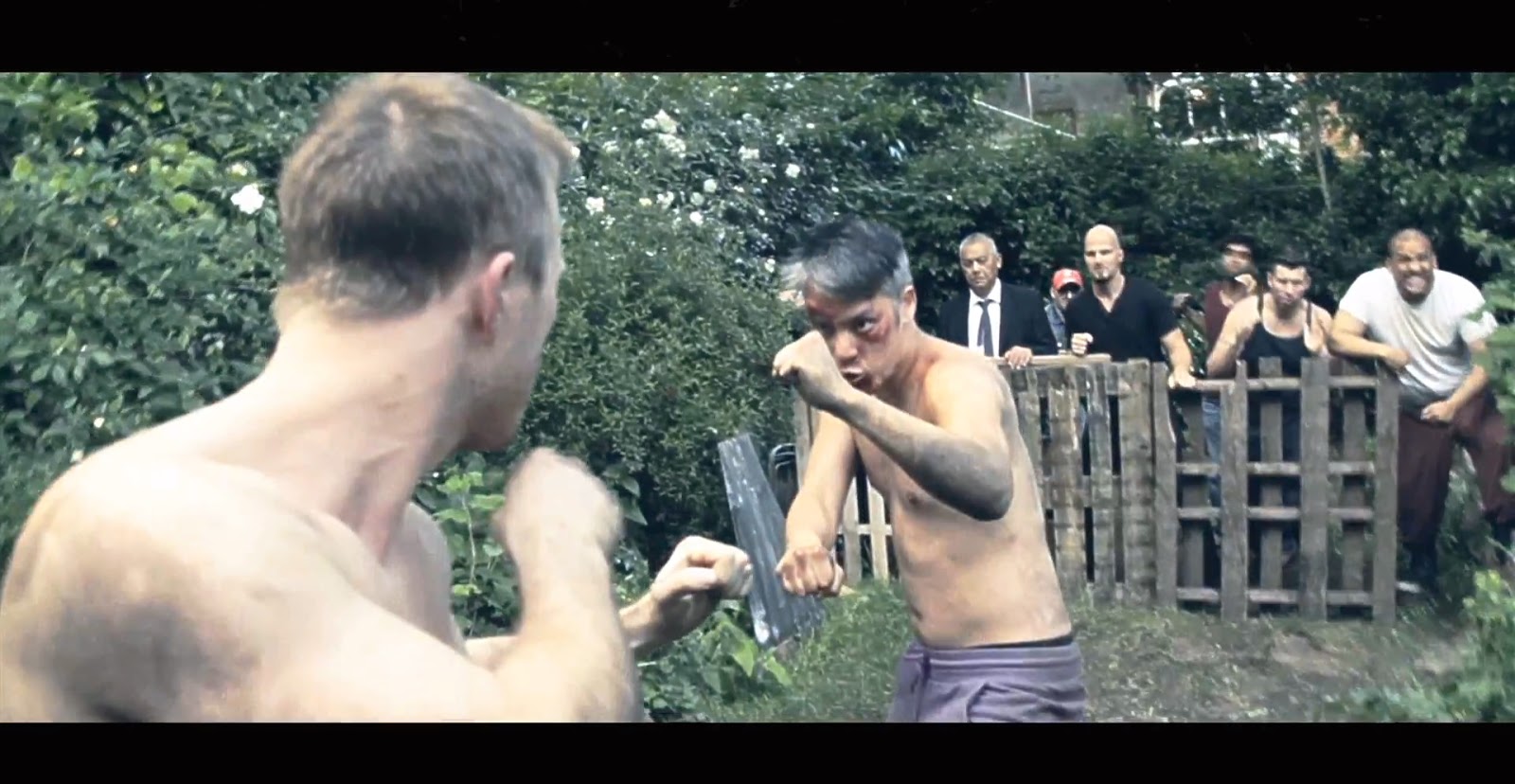 The crowd cheers as Sai Hu and Hei Xiong Fight! 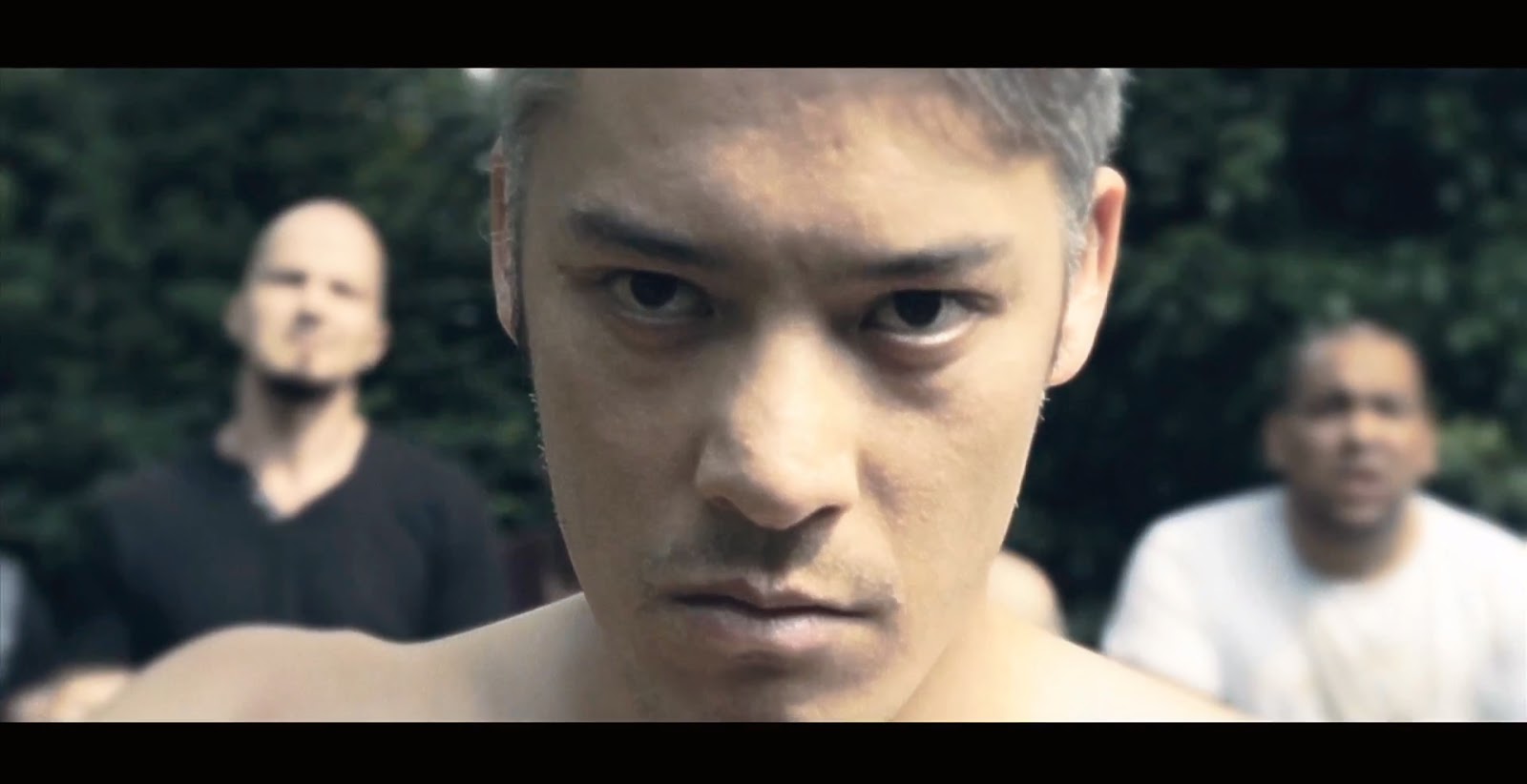 Sai Hu and Hei Xiong, a match to the death! 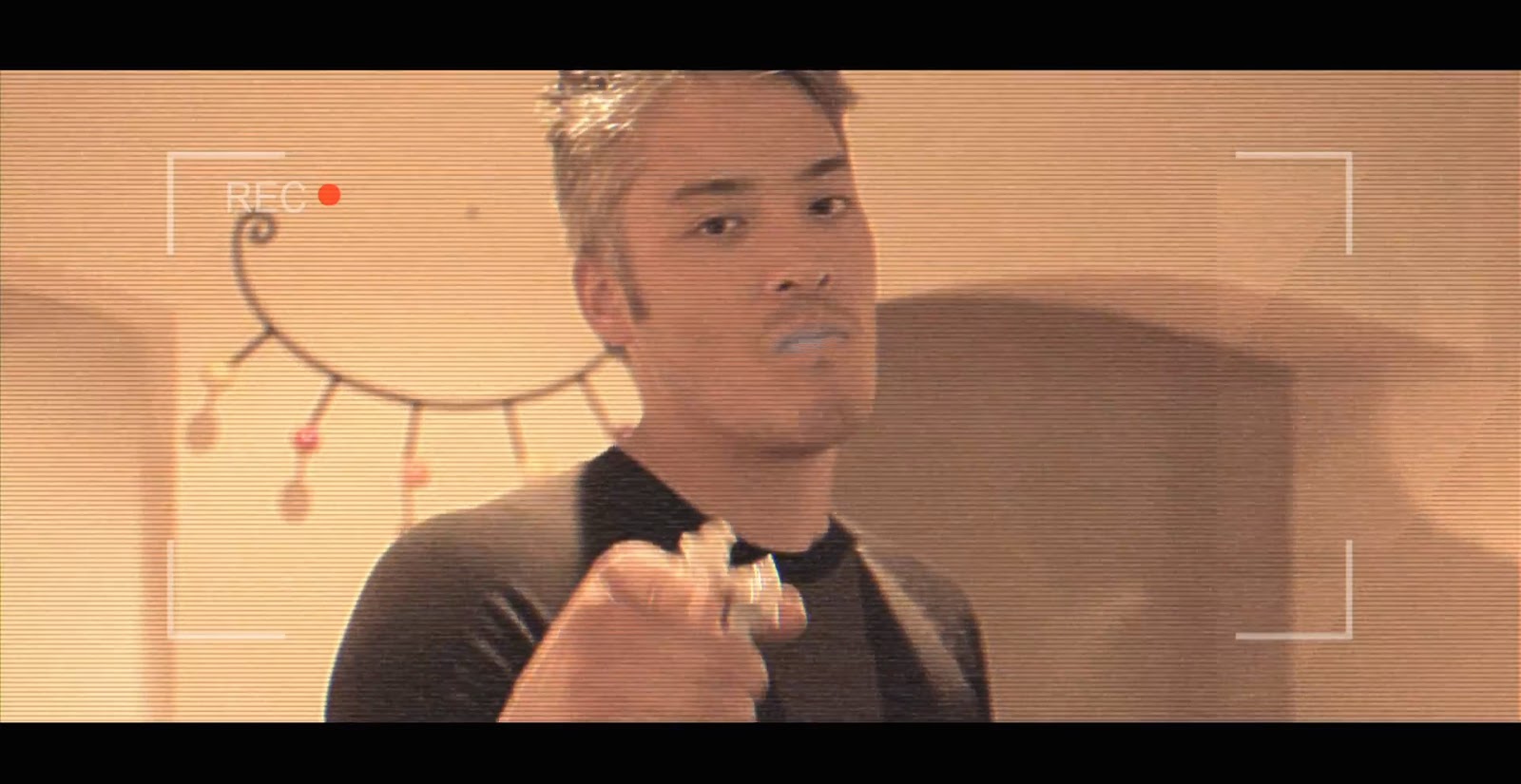 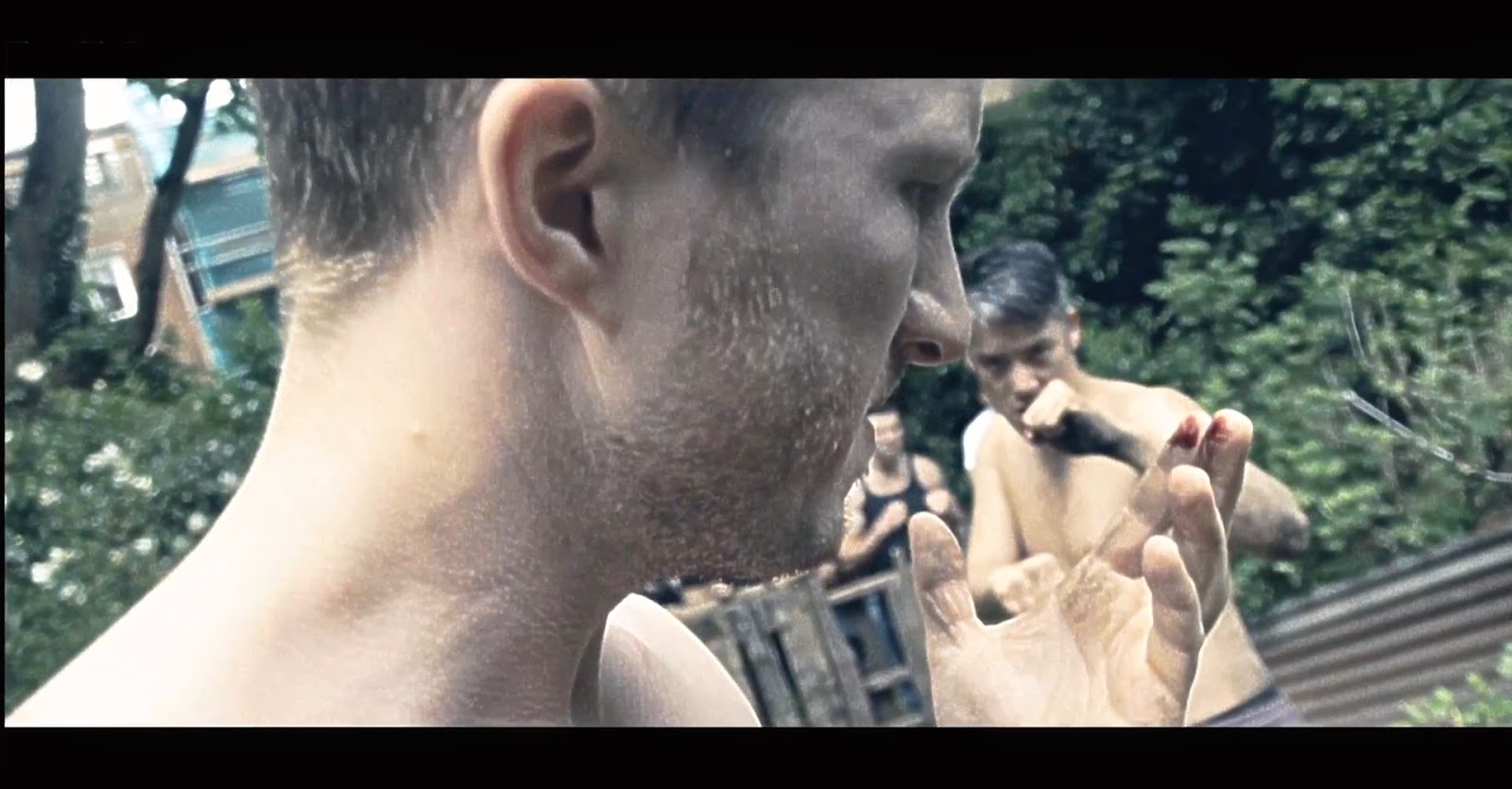 Funhouse made it into round two of this year's Aesthetica Short Film Festival, and has been entered into many more! Fingers crossed and well done to all involved :) 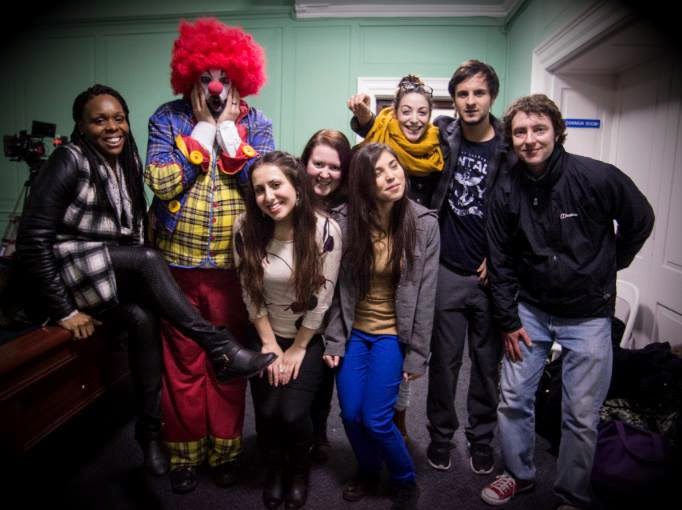 Some of the cast and crew on the last day of filming!

I have totally neglected this blog all year :s It just been so busy, had the pleasure to work on so many exciting projects which I will quickly show you now...

Joseph Day is a private investigator in London, who lives by his loose morals and selfish intent. He is his own personal twilight zone, trapped between the daily grind and a surreal world of migraine-induced hallucinations. When a mysterious billionaire hires him to track down a woman from his past, he finds himself in the middle of something bigger than his wildest imagination. 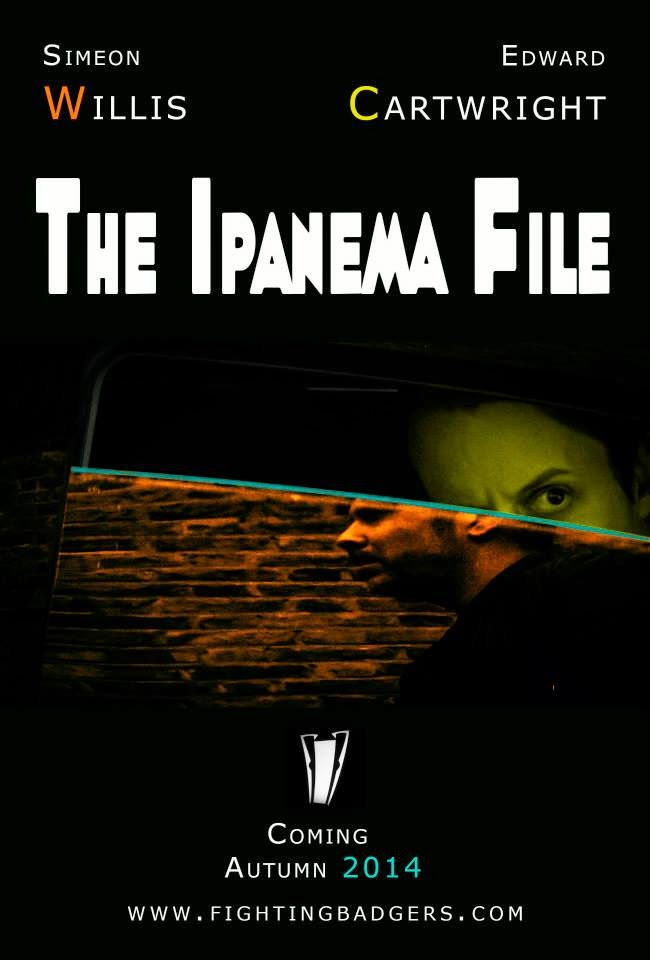 Working with the Fighting Badgers team was a pleasure and we not only got to work on and bring this amazing film to life, we had so much fun doing it!
Due to working on another film at the same time I took the role of Production Assistant, which just as much fun as I remember - a real odd jobber! I was involved in pre-production starting February this year, assisting with location scouting and contracts, then during filming getting stuck in with anything and everything that needed doing including lighting set ups, taking behind-the-scenes pics and learning the ropes with sound!
It was a really fun and valuable experience, making me love film production even more than I already do.

Some Behind the scene shots taken by moi: 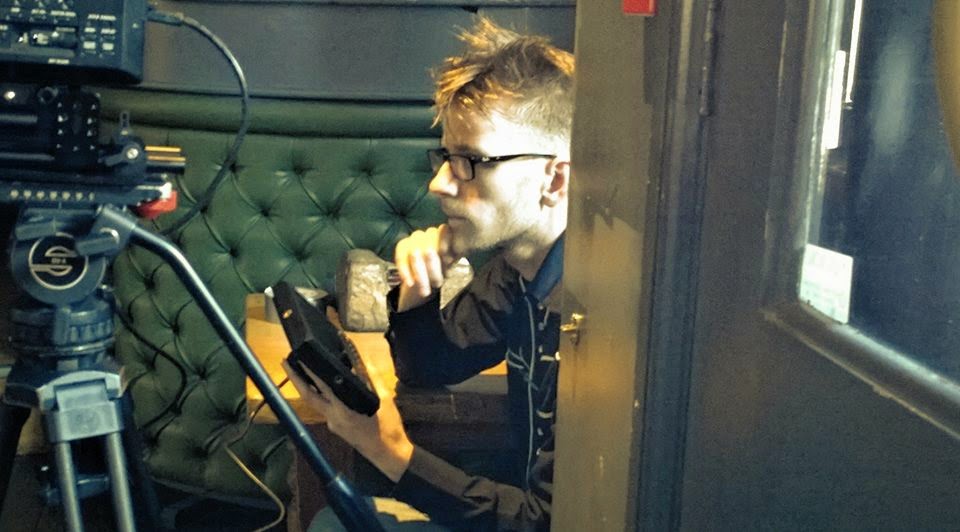 The Director contemplating the scene before him. 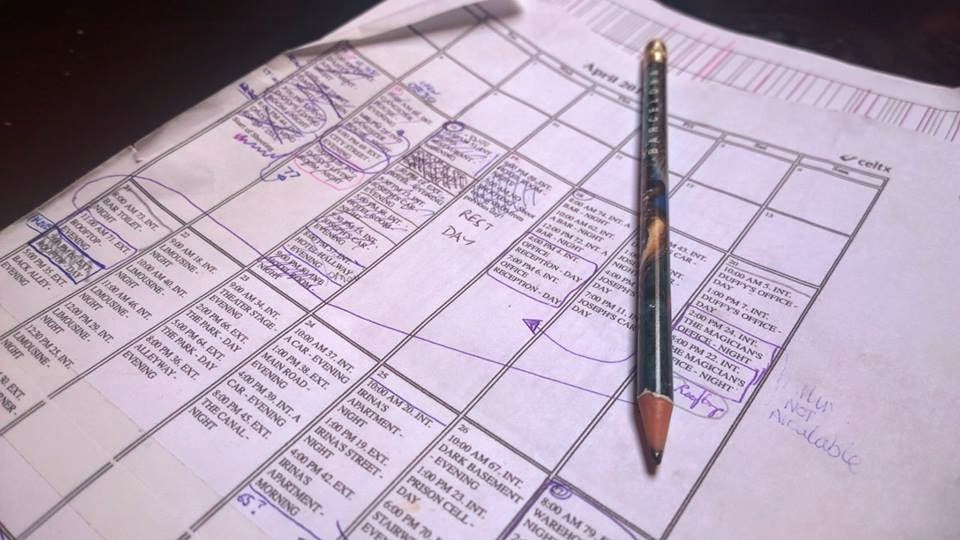 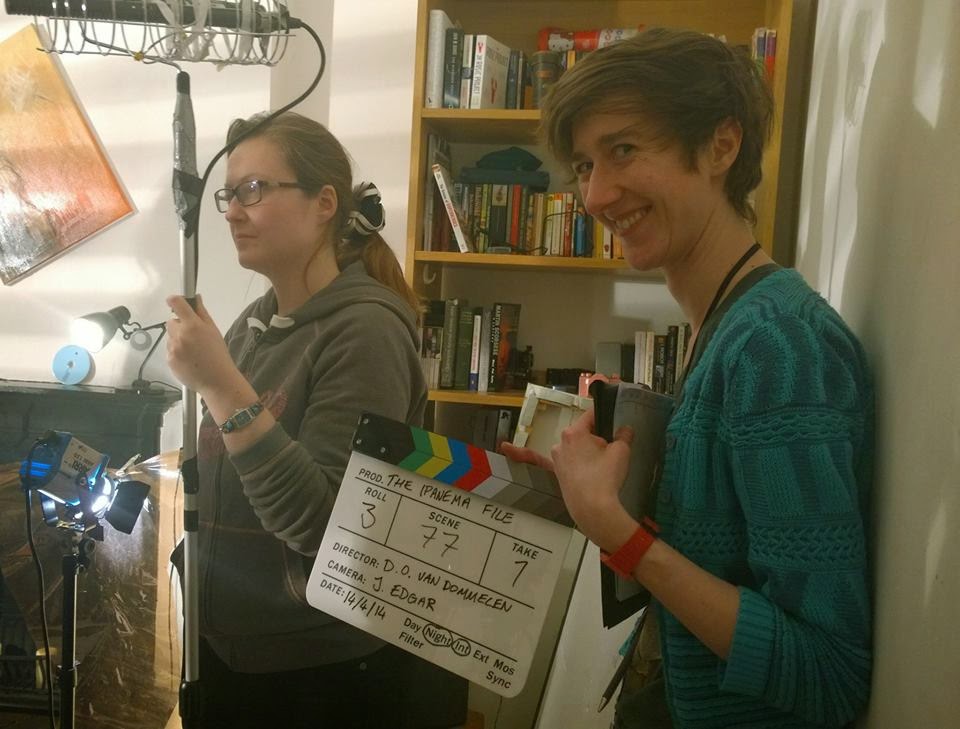 Producer Rose showing off her Clapper. 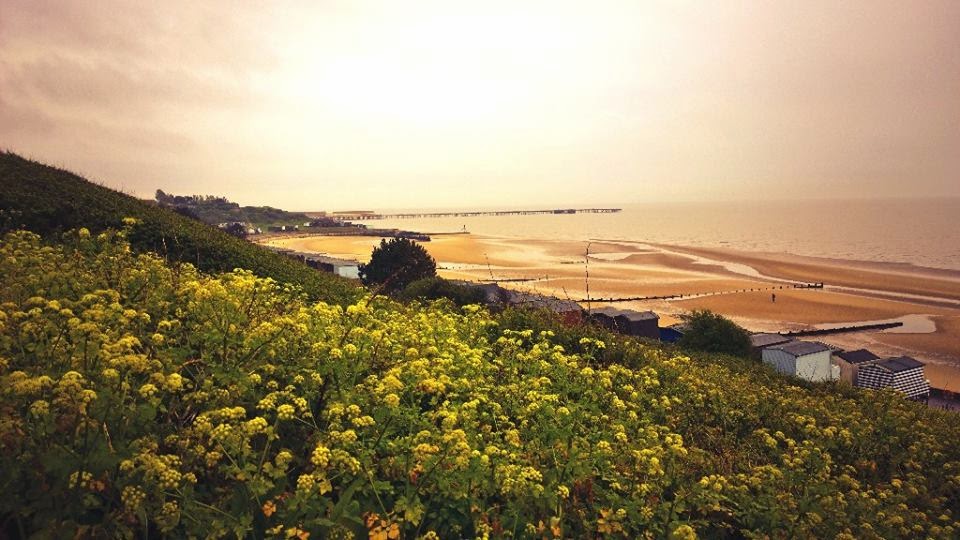 On Location ~ Walton on the Naze! 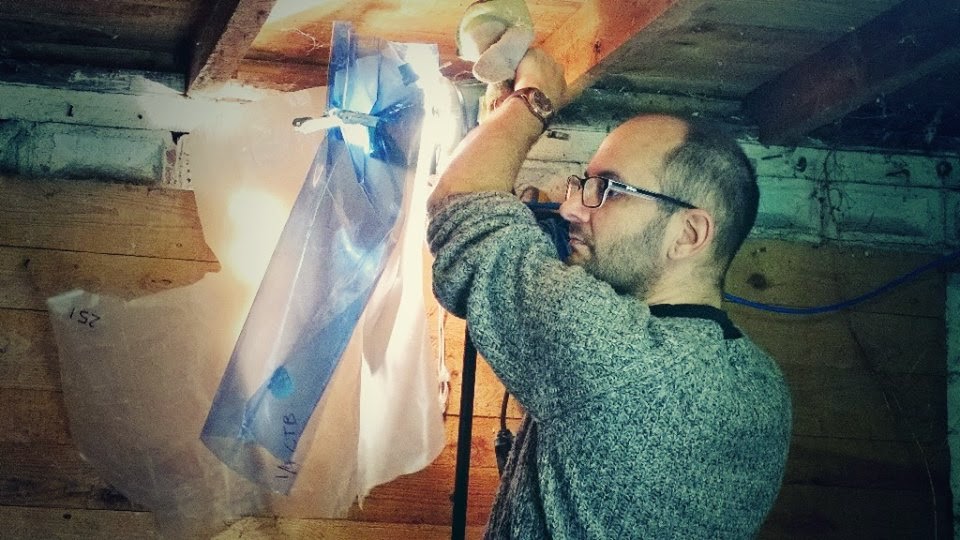 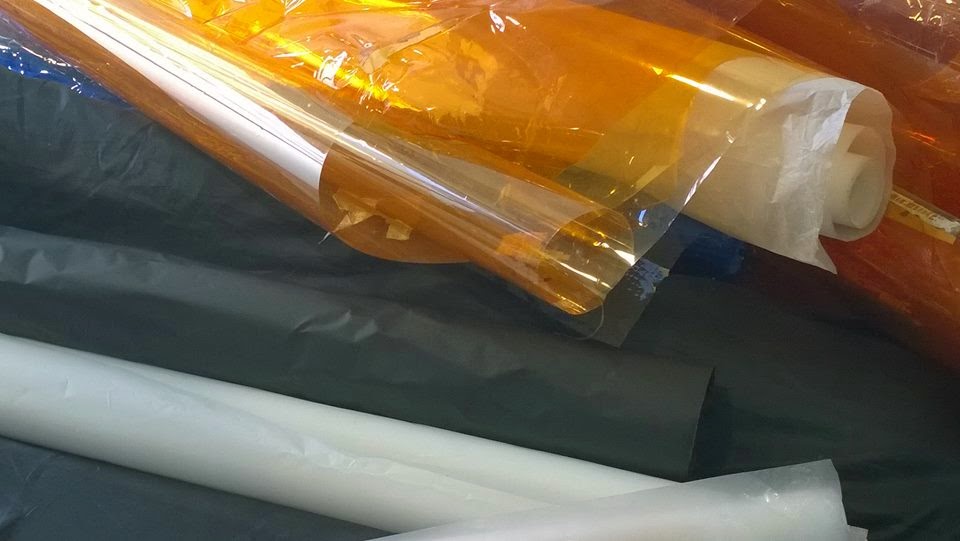 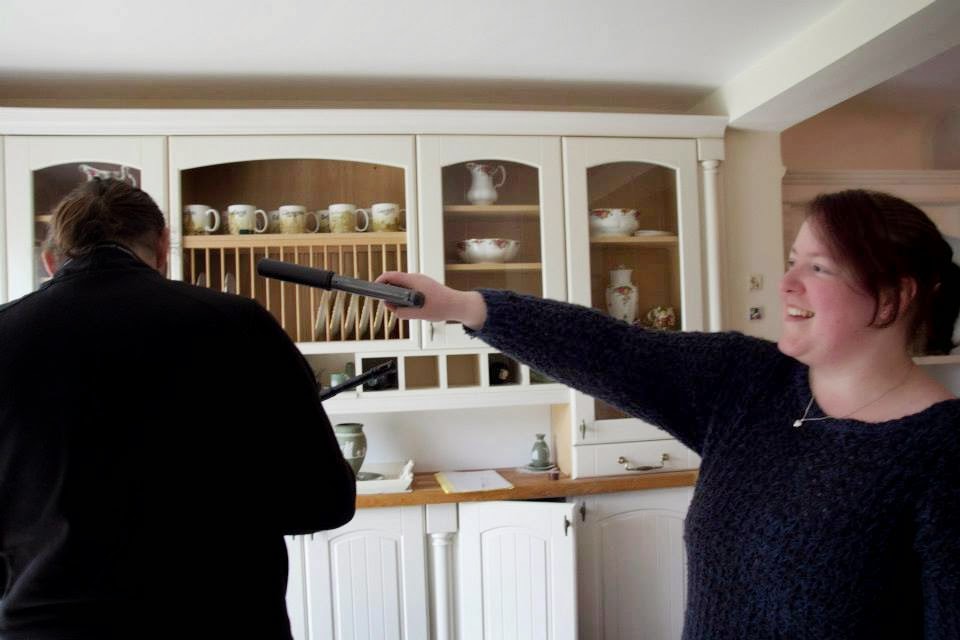 Zsolt and I...Ummm 'sorting out the props' LOL 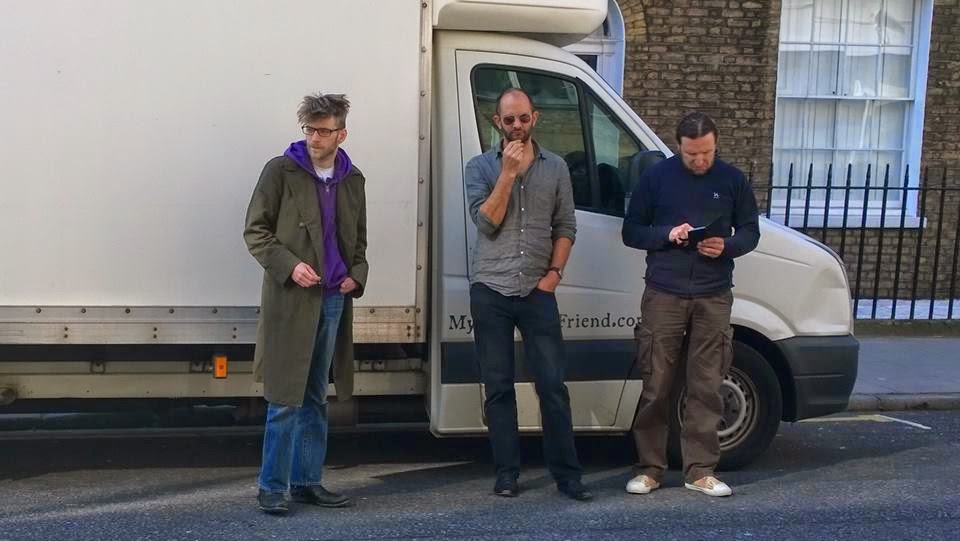 Welcome to the house of Fun....

The short horror film I have been working on for the last couple of months has now Wrapped! I have been so busy I have not had chance to update this blog.
I has been an amazing experience and an extremely fun project to work on. The best team I have had the pleasure to work with so far, by far!
The Location was amazing, and even tho we had some trouble with the 2nd ext location last min, we managed so sort something out in time so not to disrupt the shoot. Post production is now in full swing an we are aiming for completion in time for Fright Fest ~ The make-up, set design and actors have been brilliant, making this a short film to watch!

Here are some sneak peeks from the set:

FUNHOUSE
A couple enter a trashy scare attraction on Halloween, unaware of the bloodthirsty creatures that await them inside...

Some of our amazing Sets: 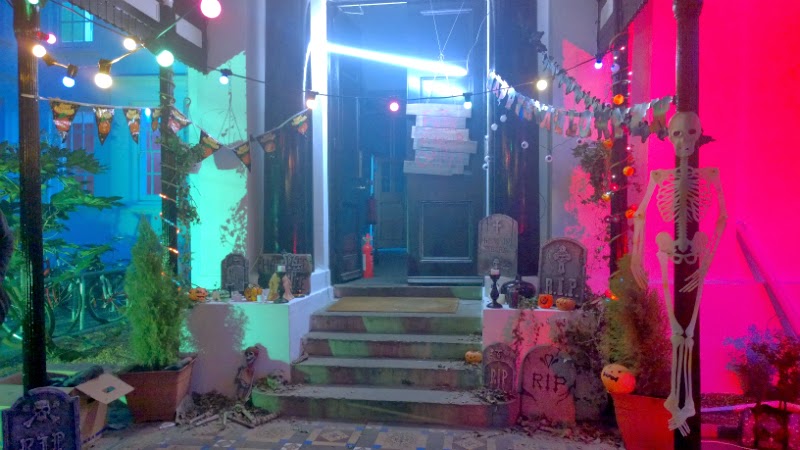 Welcome to the Funhouse! 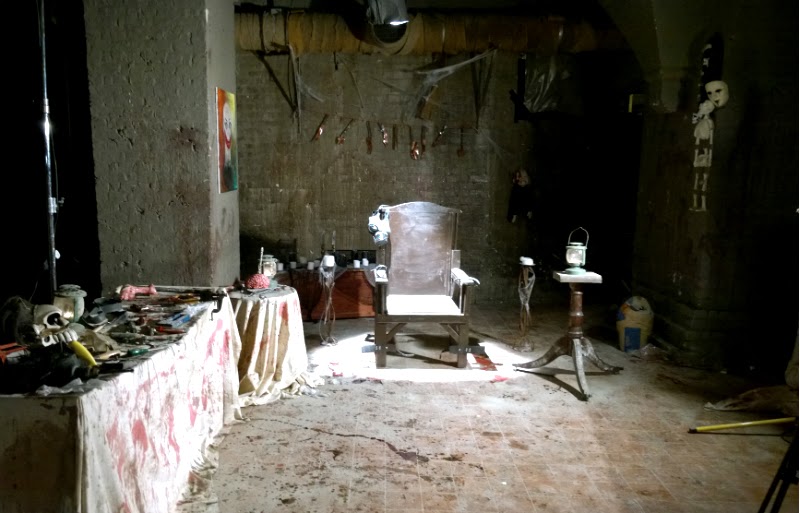 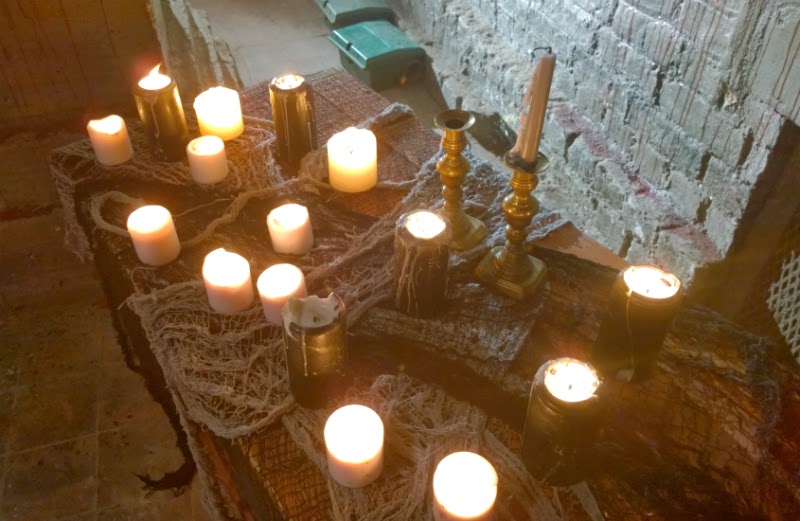 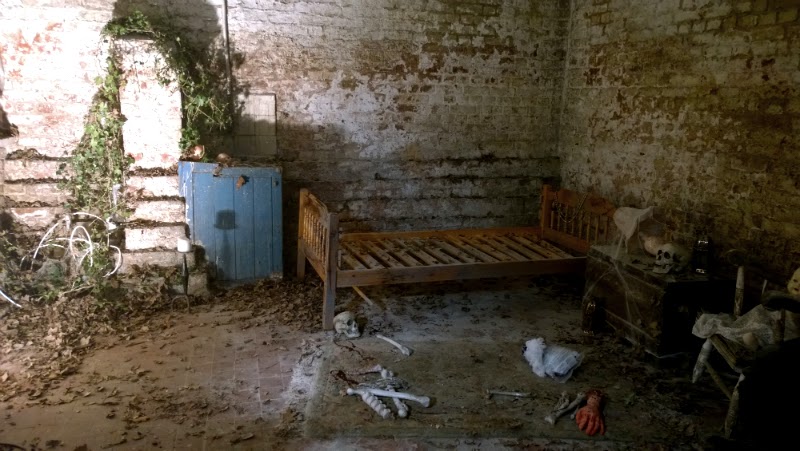 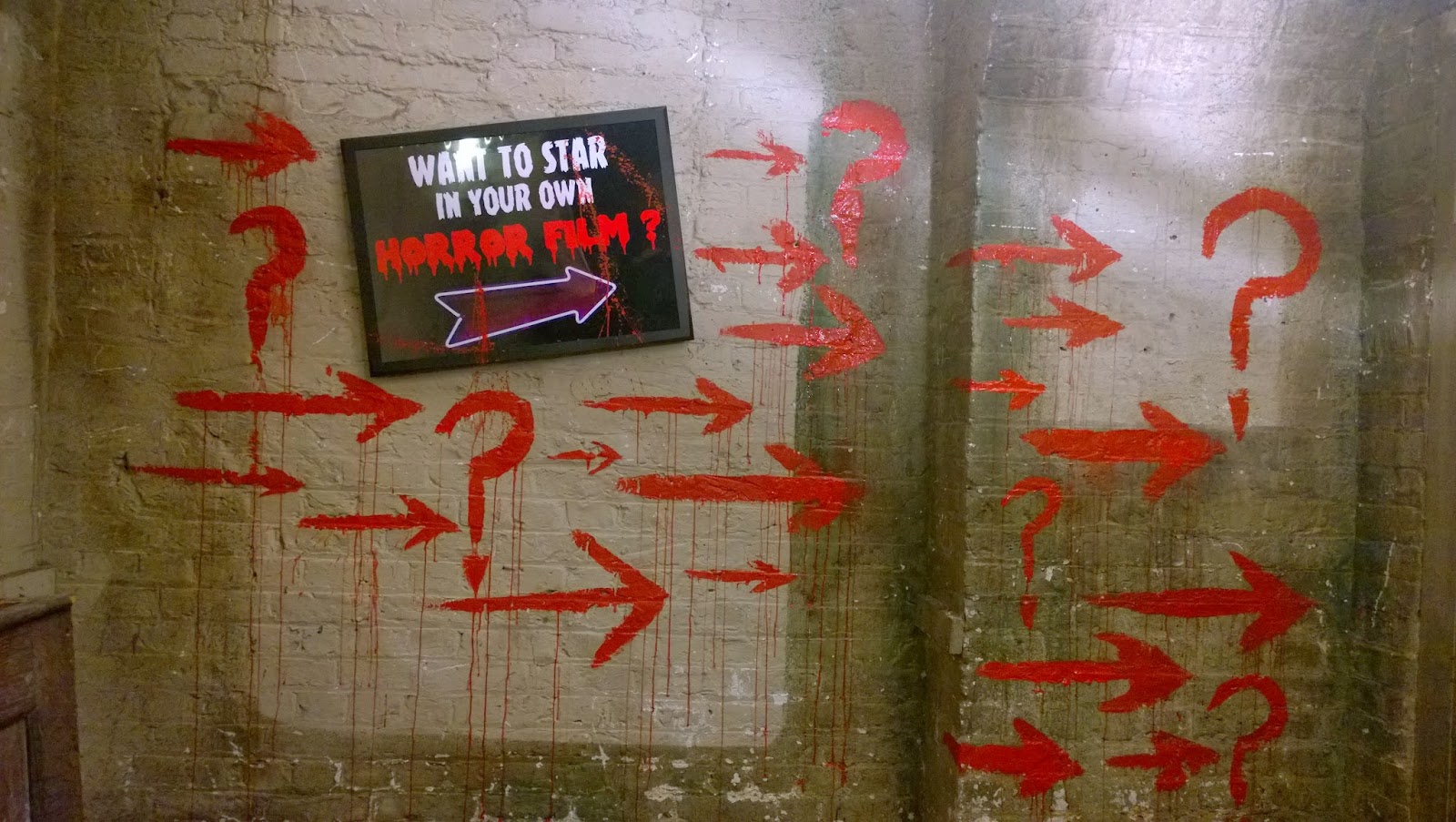 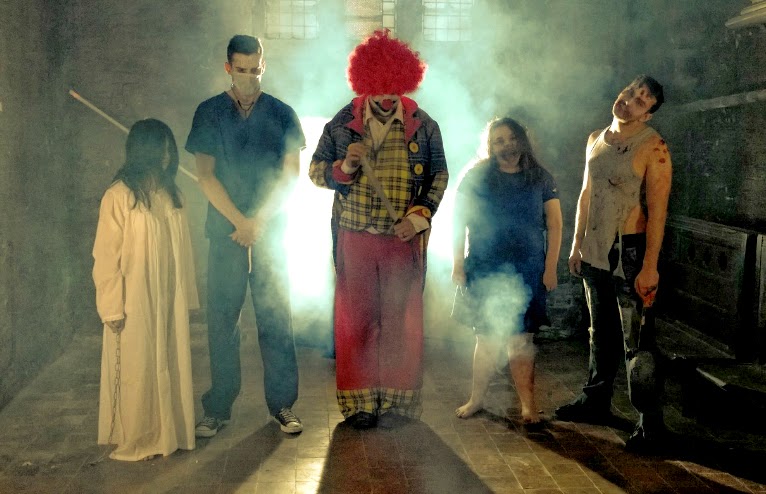 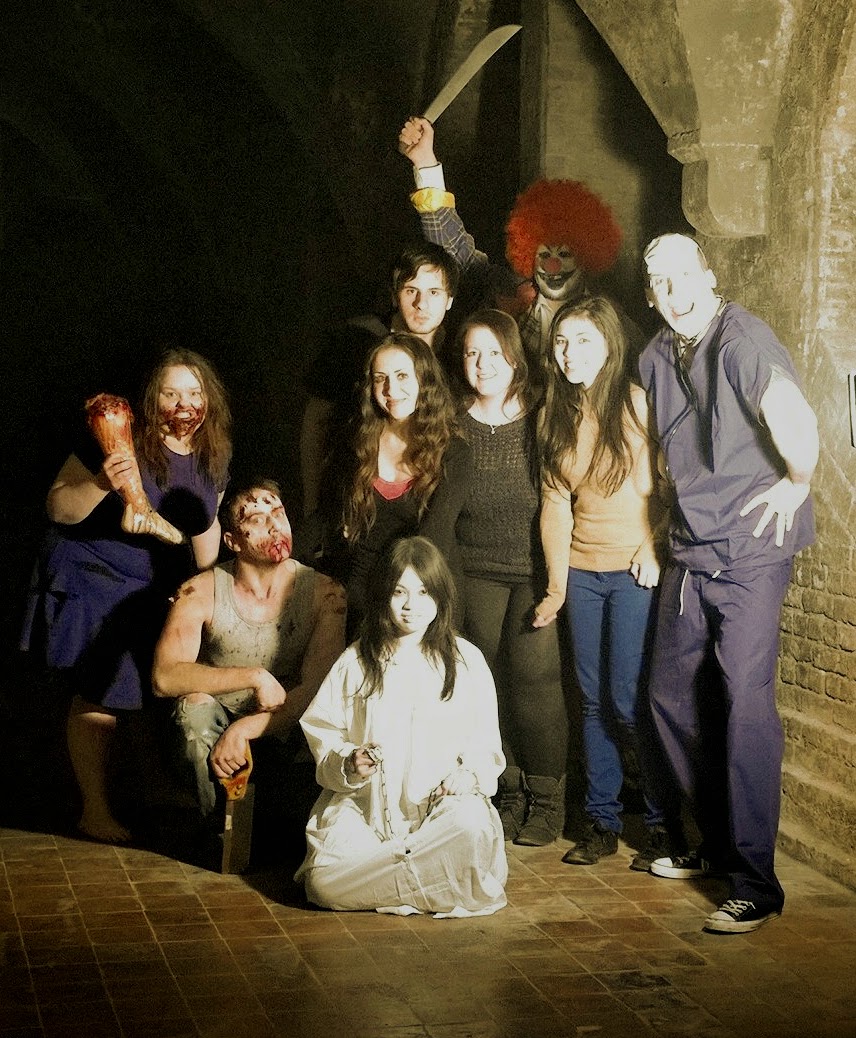 The full cast with Rachel (Writer/Director) & Myself (Producer/1st AD) in the middle.

Clash is going full steam ahead in Pre-Production. We are planning for our kickstarter Campaign to help raise some funds to get started, we are hoping it will be a video to remember. ;) No spoilers!
There is gaining interest in the show, from music artists to dancers including a member of Boney M, who will be joining the cast appearing in the pilot!

Also check out our new look!

One feature film i am working on I can not tell you about - its all hush hush!
But the short horror film im producing I can :) Think 'House of 1000 Corpses', so lots of craziness, blood and gritty horror. I have wanted to do a proper horror for so long I'm very excited to get on board. Filming will take place in just a few weeks!
It has been a mad week of meeting after meeting. Now I'm looking forward to getting on with making things happen. Lets do this....

More to come ~ Watch this space!

Happy New Year! 2014 is off to a flying start. Latest project and something a little different for me, currently in pre-production is the new TV show 'Clash'. Collaborating with crew members I have worked with in the past, we are very excited to be bringing this TV pilot to life, also in the hope we can create the episodes following the pilot show.
Clash is similar to popular TV shows 'Fame' and 'Glee', but with a darker adult content that can be seen in shows like 'Skins'.

Producing the show is 'Black Balloons Productions', which I have been asked to come on board with the company on a permanent freelance basis. Most of the Locations have been found and confirmed, and all having the use for free as long as we stick to particular times or days. The first block of casting will take place shortly and tonight we will be visiting an acting showcase to scout out possible talent for the show, and others we may produce with Black Balloons.
Funding schemes are being looked into via investors and possibly an online campaign. Deciding the best way to secure funding is a tricky one, but one im sure we will have down with in the next few weeks.
All in all it is going smoothly...

Clash is a dark musical drama following the accounts of 'Lou', a now famous celebrity, and her rise to fame. Ambitious and talented, the arts students embark on the harsh realities of adult life and the industry they are aspiring to get into, in a hope to follow their dreams. Its is a dark, gritty story based on real life events, in the hidden world of artist London.

Well, that's a wrap for Childhood Lost. I must say one of the nicest bunch of people I have had the pleasure of working with so far. Both cast and crew have been amazing!
After 2 long weekends and some very long days we finally have a film - well almost. Now its time for post-production.
Many laughs had and some interesting conversations took place making it all the more enjoyable. We could not have asked for a better location or cast, who really captured the feel of the story.

I'll leave you with some stills until the highly anticipated finished film is ready...